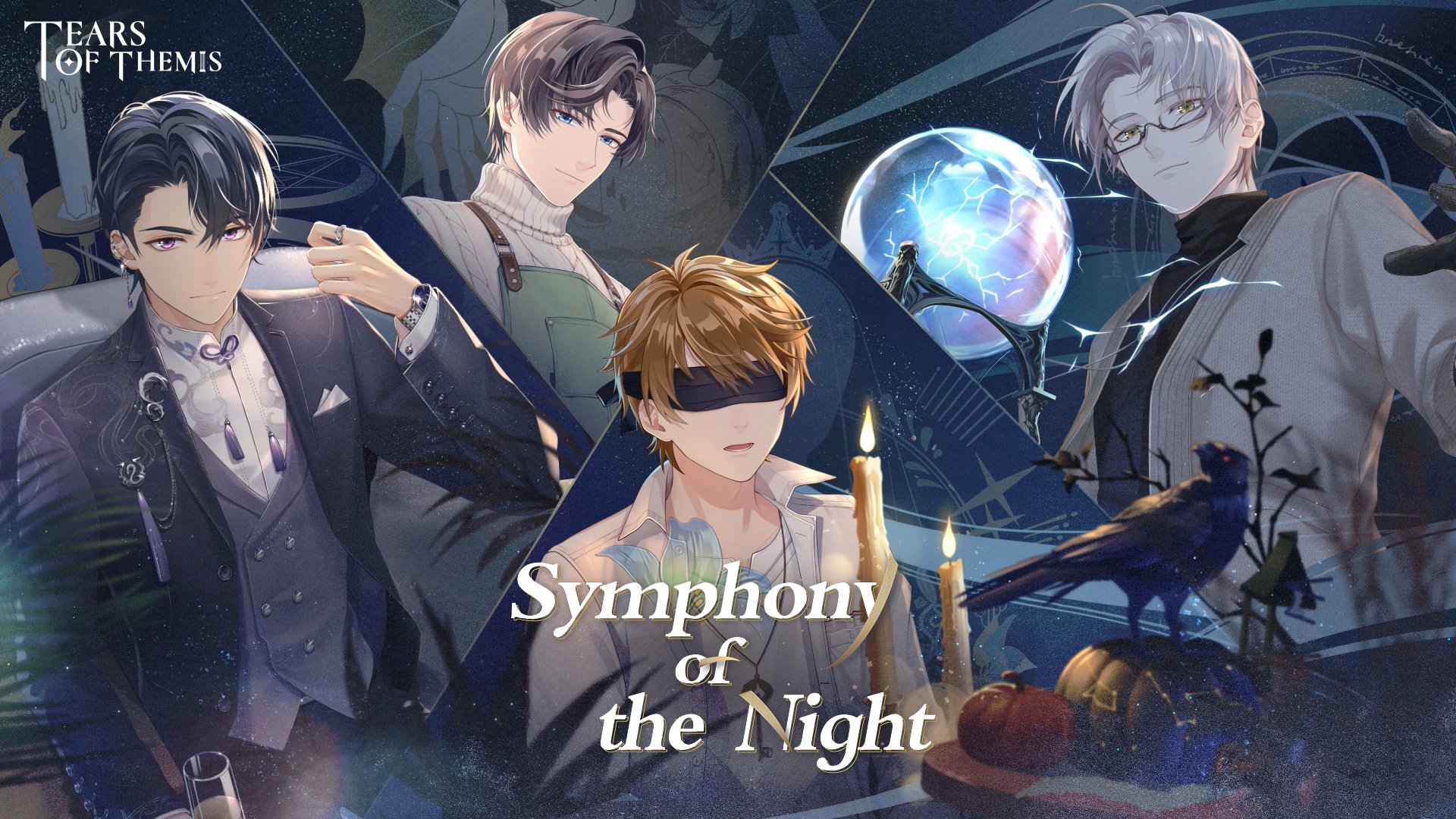 Unseal a mystical commission, unlock the treasure archives, to relish the romantic scenery of magnificent nights.

Global interactive entertainment developer and publisher miHoYo announces today that Tears of Themis is launching a series of seasonal limited-time events in October, including the investigation event “Symphony of the Night” and the reward obtaining event “Howling Pumpkin” that comes after. Players can delve into the thrilling investigations to find out the mastermind behind the attack on the Big Data Lab, as well as stand the chance to encounter various mysterious happenings in the pumpkin field. Complete the challenges to unlock tons of rewards and bonus!

Check out the official PV here:

The main story of Tears of Themis takes place in the fictitious city of Stellis, where players kick off their legal career as a rookie attorney, solving cases and issues by conducting investigations and debates. When the darkness hidden beneath finally unveils itself, a sinister force that threatens justice and order slowly begins to surface. The four male protagonists with distinct personalities, also known as the members of the NXX Investigation Team, will provide continuous support and assistance throughout this journey. Relationships blossom with the establishment of mutual trust and close cooperation.

The limited-time Event “Symphony of the Night” will be available during 2021/10/20 11:00 to 11/3 04:00 (UTC+9). While the world falls asleep on a seemingly peaceful night, a mysterious contract was sent to the NXX team members, just the same time as the Big Data Lab came under attack. For unsealing the truth behind the case, players must work closely with the four male protagonists and conduct a series of special investigations as soon as possible. During the event, players will first activate the “Vesper Box” and accept the mysterious contract. Investigation areas and cases can be unlocked using “New Clues” gained from finishing limited-time tasks. The Chatroom of NXX will also be opened during the event period, for players to share and track locations with the NXX team members. With the cases solved, players are getting closer and closer to the truth…

Complete the “Symphony of the Night” event, unseal the mystery to receive S-Chip ×800, Stellin, Selection Star II, and the event-limited badge “Witch’s Gift”! “Symphony of the Night” Event Shadow of Themis will also be available during the same time, two SSR and two SR cards are having drop rates increased in the event Shadow of Themis, listed as: Vyn SSR “Between Good and Evil,” Marius SSR “Fabulous Feast,” Luke SR “How I Remember You,” and Artem SR “Fixated on You.”

The next limited-time Event, “Howling Pumpkin” will open from 2021/10/28 11:00 to 11/11 04:00 (UTC+9). During the event period, players can harvest pumpkins of varying shapes and sizes in the pumpkin field, to unlock different pumpkin archives, and encounter various mysterious happenings in the pumpkin field. Participate in the “Howling Pumpkin” event to obtain the Event-Limited “Jack-o’-Lantern Badge” badge, S-Chip ×400, Oracle of Justice, and other rich rewards!

miHoYo’s Tears of Themis officially launched on July 29 on both Android and iOS. Game text is available in Simplified Chinese, Traditional Chinese, English, Japanese, and Korean, with dubbing available in Chinese, Japanese, and Korean. This game has a rating of 3+ on the Google Play Store (12+ on Korean Google Play Store) and 12+ on the App Store. For more information, please visit the official website at http://tot.mihoyo.com, Twitter (@TearsofThemisEN), Instagram (@tearsofthemis_en), Facebook (@tearsofthemis.glb), the official Discord server, or the official YouTube channel.

About miHoYo:
“Tech Otakus Save the World!”Founded in Shanghai in 2012, miHoYo dedicates itself to being a leading technology-driven content developer and publisher in the interactive entertainment industry, with creative content covering games, manga, novels, and more, striving for perfection in all it delivers. miHoYo endeavors to bring its vision to the players of the world, and create a lasting and supportive community.