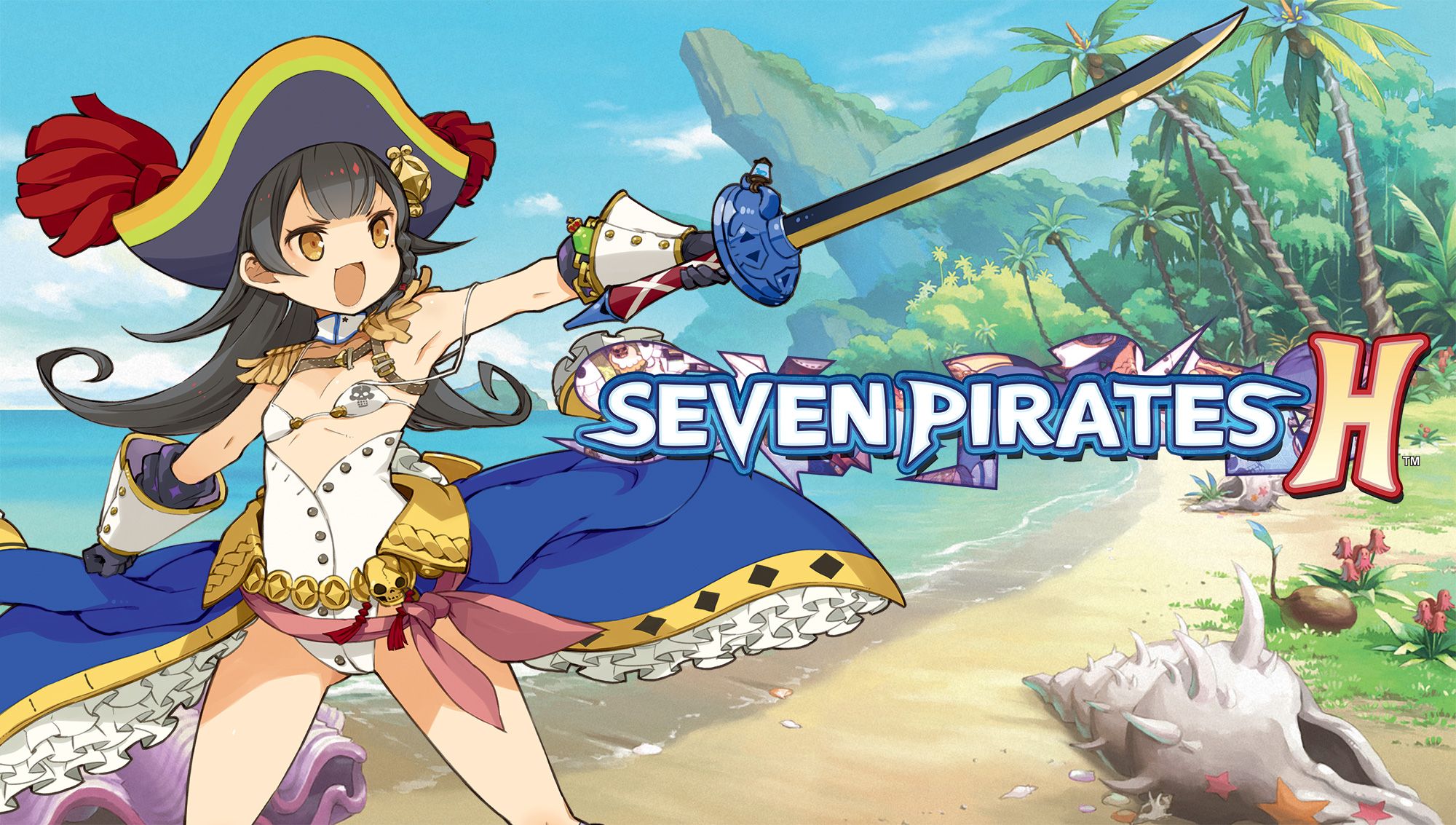 In a joint collaboration, independent developer and publisher eastasiasoft and online retailer Playasia, today announced that Seven Pirates H will make its western debut on Nintendo Switch in Spring 2022, with physical standard and Limited Editions opening for preorders this week. This is a brand new port of the next stand-alone entry in the Genkai Tokki RPG series from Idea Factory, complete with all prior DLC from the original Japan-only PS Vita release and enhanced HD presentation.

Following the western release of Moero Crystal H for Nintendo Switch, Eastasiasoft Limited has once again partnered with Idea Factory to bring this special project to territories outside of Japan, adding English and Traditional Chinese localization for new players to experience for the first time. Seven Pirates H follows the story of young pirate Parute as she recruits monster girls on her quest to locate legendary treasures and increase their bustline along the way!

Seven Pirates H is developed by Compile Heart and Felistella, published in its original release and ported for Nintendo Switch by Idea Factory in close cooperation with Eastasiasoft Limited. Digital pricing will be shared at a later time. Preorders for physical editions will open with online retail partner Playasia at 11:00pm Hong Kong (10:00am ET / 3:00pm UK) this Thursday, January 13th. Only 4000 Limited Editions will be available at US$59.99. Standard copies will be open preorder at US$39.99.

Join young pirate Parute Kairi and pervy boy monster Otton in an adventure to locate the lost treasures of the Monsupi Sea! Determined to make a legendary name for herself, Parute sets sail with a magic compass and the aid of newfound monster girl companions, but what starts as a raucous romp across uncharted islands gradually reveals something more sinister. Through their colorful encounters with rival pirates and locals in need, Parute and company learn some unsettling truths about the king who governs these waters, all leading to a confrontation that could tear their adorable crew apart!

Seven Pirates H is a traditional RPG focused on exploration and discovery with a gigantic dose of fanservice thrown in! As Parute, you’ll command your party of monster girls in combat against naughty enemies, exploiting weaknesses to gain the upper hand in turn-based combat. Adventure across islands in 3D and ride Otton to reach secret areas, gather items and enhance your abilities as you level up! With the special “Booby Training” system, you can control the bust size of the all-female crew for stat boosts, bigger for increased power and defense or smaller for improved speed and agility!

Compile Heart is a subsidiary of Idea Factory founded in 2006. Specializing in role-playing games, Compile Heart is best known for its Hyperdimension Neptunia, Record of Agarest War, and Genkai Tokki series.

Playasia was established in 2002 and is proud to be the leading independent import and export retailer, specializing in Japanese & Asian video games. By providing outstanding customer experience, a large variety of genuine products, and global fulfillment Playasia has been sending products across the globe for over 15 years.