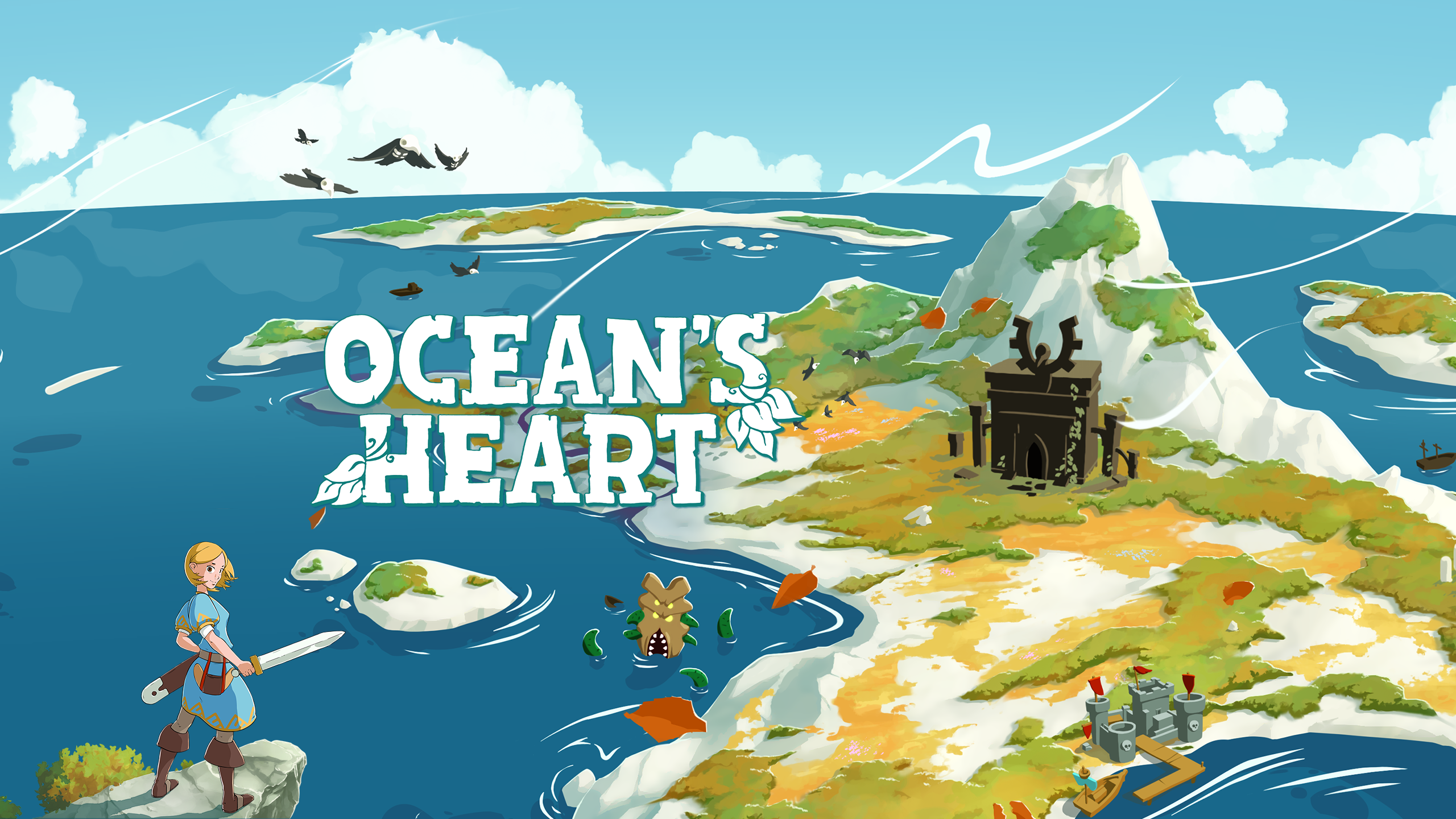 Lithuanian developer and publisher Nordcurrent is pleased to announce that its epic narrative driven pixel-art adventure RPG, Ocean’s Heart is available today on Nintendo Switch for $14.99/€14.99/£13.49.

Brought to life by the creator of Yarntown, Max Mraz, Ocean’s Heart pays homage to the top-down RPG genre classics of old, enriching tried and true roleplaying concepts with a modern flair.

“We are thrilled to announce the worldwide launch of Ocean’s Heart on Nintendo Switch and welcome even more fans of the genre into the game.” said Andrius Mackevičius, Publishing Team Lead at Nordcurrent. “Ocean’s Heart is a love letter to its genre, a nostalgic trip back in time offering hours of exciting top-down roleplaying action, an engaging story crafted with clever humor, and a beautiful pixel art aesthetic.”

Ocean’s Heart is an epic top-down action RPG in which you explore a beautiful archipelago as Tilia, a young woman who sets out in search of her missing father. Her search will  be an adventure in a vivid world, teeming with secrets hidden in misty forests, isolated mountain peaks, and saltwater marshes. Every area is filled with unique and meaningful sidequests, ancient mysteries, and dangers that Tilia will need to navigate. Gather various items throughout the world to craft helpful potions, wield various weapons such as swords and bows to defeat the fearsome monsters and unravel the mystery of Ocean’s Heart in this epic retro-inspired adventure!

About Nordcurrent
Founded in 2002, Nordcurrent is a video game developer and publisher headquartered in Vilnius, Lithuania. With over 50 game releases under its belt across various platforms, the studio is mostly known for its biggest hit, Cooking Fever, a food-themed time-management game with 250 million downloads and 15 million monthly active users on mobile. Additionally, the studio is proud of its recent award-winning and nominated release, Murder in the Alps, an action-packed shooter Sniper Arena. For more information, visit: https://www.nordcurrent.com

About Max Mraz
Max Mraz is an American solo developer based in Ohio. He is the creator of Yarntown, a 2D The Legend of Zelda-inspired version of Bloodborne, and Hallow’s Eve, a Halloween action game set in the 90s about a Pumpkin ghost trying to rent Jurassic Park from the human world. Both are available on Itch.io. Max’s first commercial release is a  pixel-art adventure RPG, Ocean’s Heart, available on Nintendo Switch, Steam and GOG. Follow Max on Twitter.