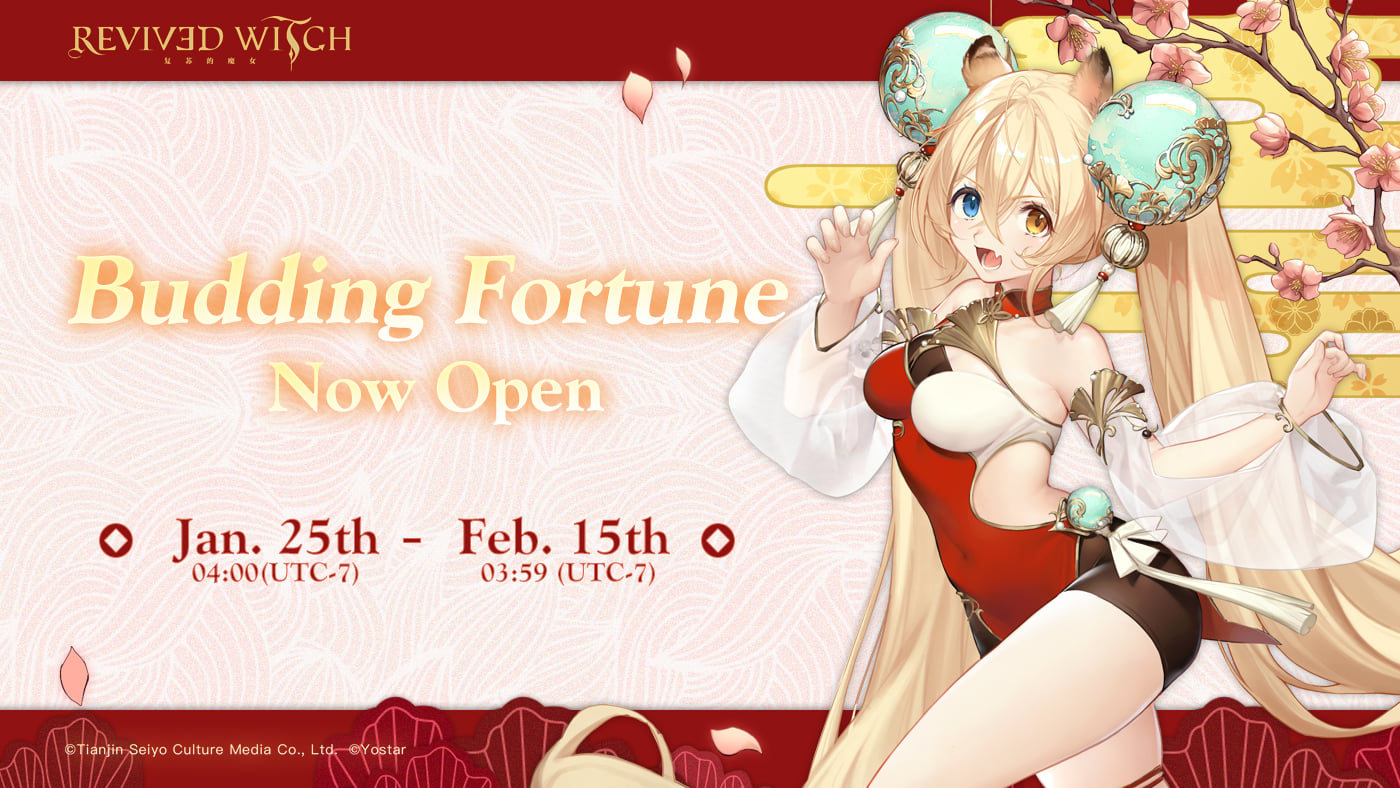 Pixel art mobile RPG Revived Witch is jumping into the hustle and bustle of Spring Festival with a new event “Budding Fortune”. It brings a bunch of new content including two new Dolls, a new costume for Mineer and other new activities with multiple rewards to kick off the celebration.

About “Budding Fortune”
The celebration event “Budding Fortune” starts on January 25th and will end on February 15th. During this period, three Bosses of Spook and one Final Boss of Spring Festival Beast Nian appear in this fantasy world. All players can participate in the Beast Strike event and fight against those Bosses to obtain victory rewards.

New Dolls
With Spring Festival on its way, two new Dolls go into the festive town and enjoy the holiday spirit:
Princess of Memory – Tuonel of Night is a Mercury UR Guardian. Her first skill applies a Shield to all allies to increase their Attack and Health. Her second skill grants her ability to apply Stun and Awe effects to the targets while dealing Magic damage.
Spring Beast – Kapla, as a Saltstone UR Destroyer, can hit the enemy in the front row twice with Physical damage and apply a Battle Ready Buff to self. Moreover, with another skill, she can reduce the Physical defense of enemies and apply a Shield to herself.

Founded in 2014 and publisher of Azur Lane and Arknights, Yostar Games specializes in game development, global distribution, investment, and video game IP management. Situated in Tokyo and Shanghai, Yostar Games has rapidly become the top publisher and developer of the anime genre in China and is striving to become a global leader in the gaming industry.