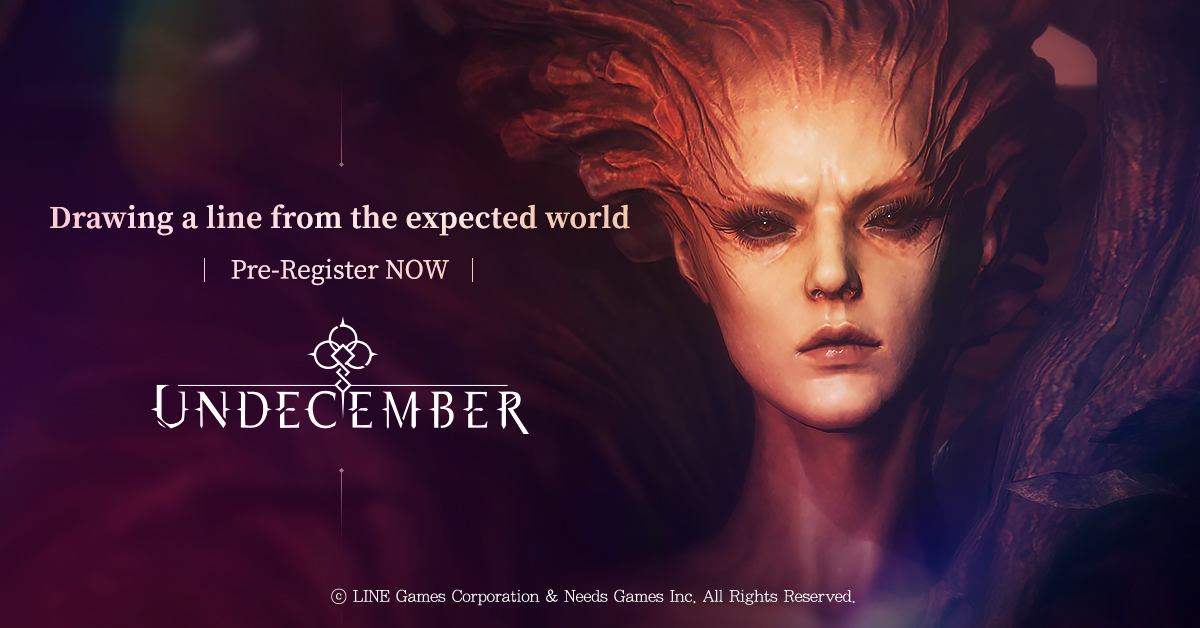 LINE Games Corporation announced that its multiplatform Hack & Slash ARPG UNDECEMBER, developed by Needs Games and to be serviced by LINE Games, has begun global pre-registration at Steam and its official website starting today.

UNDECEMBER’s online showcase video can now be viewed on YouTube with English subtitles. The video shares detailed information on the game including major improvements after its UN-Boxing Test held in October as well as its launch schedule.

UNDECEMBER will be launched first in South Korea on this coming January 13, and later in overseas markets in early 2022. Global players can now pre-register at the game’s official Steam page and website.

Set in a dark fantasy world of Traum, players will embark on a journey to stop the Evil God Serpens from resurrecting and slash their ways through fearsome enemy hordes. UNDECEMBER allows players to break free from the traditional RPG class system: players will build and customize their characters in their own playstyles, as they farm and craft wide variety of gears and thousands of Rune skill combinations.

A free-to-play game, UNDECEMBER will launch with a battle pass offering valuable in-game items, and will present cosmetic items and convenience features that players can choose to purchase. The game will be available for mobile (iOS, AOS) and PC (Steam), with cross-play and controller support, plus optimized user interface for each platform.

“UNDECEMBER was crafted with a goal for making a ‘fun’ game, along with feedback from passionate fans,” said Inyoung Koo, Director of UNDECEMBER. “We will strive to deliver satisfying and memorable experience for all players diving into the world of UNDECEMBER.”

More information on UNDECEMBER can be checked out on its official website. Stay tuned for more news on the game’s official Facebook, Discord, and YouTube channels.

Check out the latest videos:

The world of UNDECEMBER

‘Undecember’ is a name of a thirteenth month in a calendar of twelve months. With the birth of the thirteenth God ‘Serpens’, the world of Traum is engulfed in darkness. Players will become ‘Rune Hunters’ to stop the Evil God Serpens from resurrecting, but at the same time face the grim fate that getting rid of Serpens will also bring the demise of the other twelve good gods.

LINE Games Corporation, an affiliate company of the global messenger service LINE, specializes in the game business. Based in Seoul, Korea, LINE Games emerged as a premier developer and publisher in August 2018 by acquiring NextFloor, which has been making and servicing acclaimed mobile titles since 2012.

LINE Games is currently expanding its global game business, beginning with global releases of its major mobile hits such as Exos Heroes, followed by its console title Buried Stars on Nintendo Switch and PlayStation 4.

Building upon its lineup of casual and role-playing mobile games, LINE Games is now working on PC and console titles ranging from open world MMORPGs and Survival MOBAs to TPS RPGs. LINE Games is working closely with LINE on its “fun challenge” to make great games across all platforms and genres.