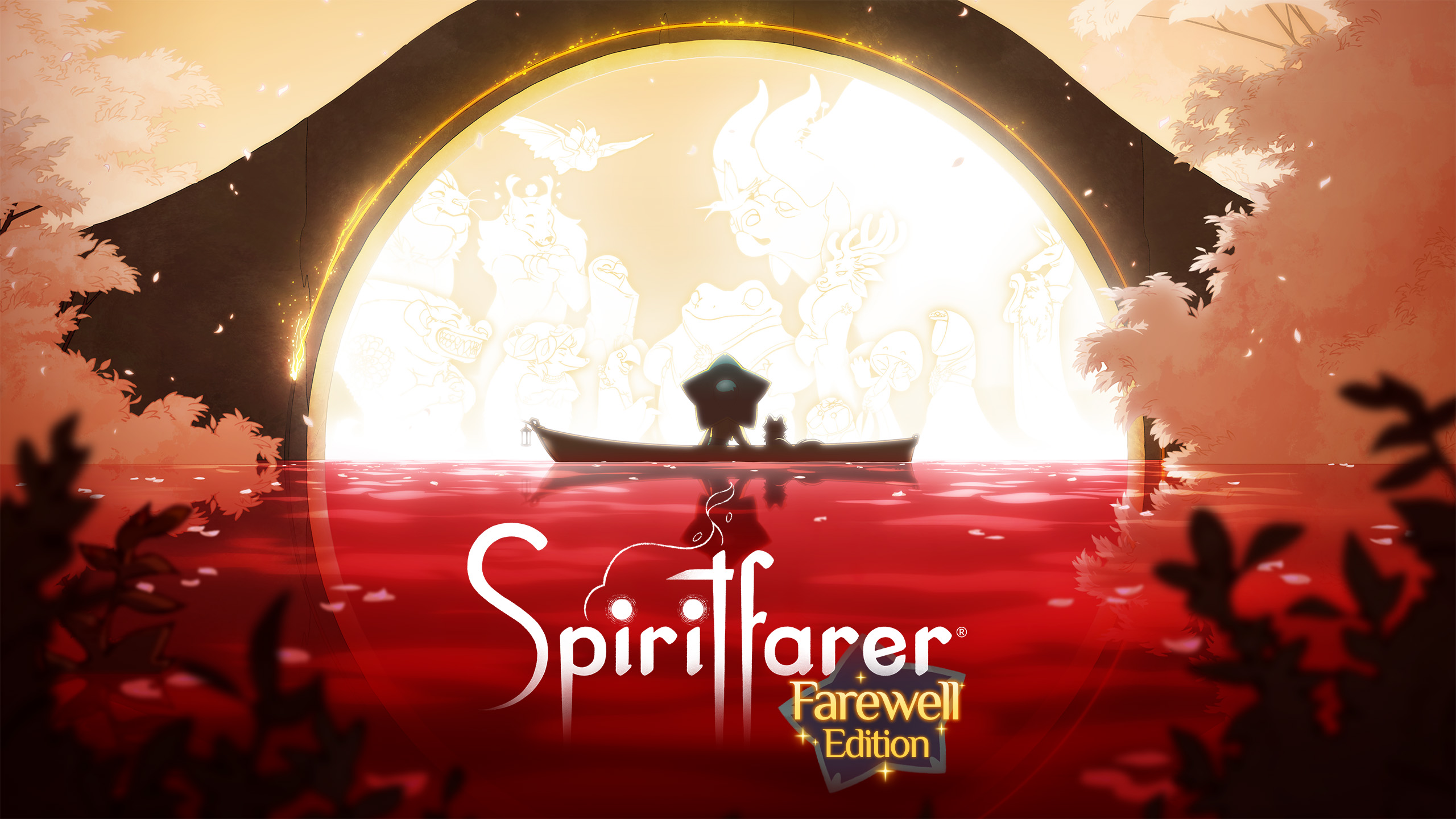 Montreal-based developer Thunder Lotus bids a fond farewell to its award-winning “cozy management game about dying” today, with the announcement that Spiritfarer® has surpassed the 1 million copies sold milestone. The news coincides with today’s launch of the Spiritfarer: Farewell Edition. The Farewell Edition brings together the base game and all the additional content released to date, including the new Jackie and Daria Update, which has been added to the game today. The Spiritfarer: Farewell Edition is available today on Xbox Game Pass, Xbox One, Nintendo Switch™, PlayStation®4, Steam, Epic Games Store, GOG, and Stadia.

Spiritfarer has proven to be Thunder Lotus’ most successful project to date. Since its launch in August 2020, the game has tallied 1,000,000 units sold worldwide across all systems, received both critical acclaim and Overwhelmingly Positive reviews from players, been nominated in multiple categories across The Game Awards 2020, the 2021 BAFTA Game Awards, the 24th Annual D.I.C.E. Awards, the Hugo and Nebula Awards, and is a multi-category winner at the Canadian Game Awards.

Throughout 2021, free downloadable content has been added to Spiritfarer. Following the Lily update in the Spring and the Beverly Update in Summer, the third and final Jackie & Daria update was added to Spiritfarer today. It introduces a new island to explore, two new Spirits to befriend, a new event, and more.

“All good things must come to an end,” said Spiritfarer Creative Director Nicolas Guérin in a prepared statement. “And Spiritfarer has been especially good for Thunder Lotus!  For our work to be welcomed into the lives of so many people is especially gratifying, particularly given how much heart we tried to invest in the game. It was a challenging project, but telling these stories truly helped us grow as developers. We’d like to offer our heartfelt thanks to all our fans for their support and for helping us reach this special milestone!”

Also available are the physical retail edition and limited Collector’s Edition both of which will feature all of the Spiritfarer: The Farewell Edition content. Published by iam8bit and with distribution by Skybound Games, these premium editions can be purchased at spiritfarer.iam8bit.com.

The physical edition for PlayStation 4 ($29.99/€29.99) and Nintendo Switch ($34.99/€34.99) includes a 96-page digital art book, six collectible postcards and sticker stamp sets highlighting exotic locations from the game, and a digital download of the game’s soundtrack, composed by Max LL. The Collector’s Edition ($199.99), shipping in early 2022, features all of the above as well as a fully functional Everlight Replica and an innovative Constellation Lantern Display Box to add to the ambiance of the box set.

The Spiritfarer® Farewell Edition is the definitive edition of the award-winning cozy management game about dying. It brings together the heartwarming base game beloved by over 1 million players, along with three major content updates: explore an expanded world and befriend four new spirit friends! See why critics called Spiritfarer one of the Best Games of 2020.

About The Jackie and Daria Update

The Jackie & Daria Update is Spiritfarer’s biggest free content update yet! It introduces a new island to explore, two new Spirits to befriend, a new event, and more! The Jackie and Daria Update is available as a free download for owners of the game across all systems, including Xbox Game Pass, Xbox One, Nintendo Switch™, PlayStation®4, Steam, Epic Games Store, GOG, and Stadia.

Media partners are invited to request further information and interviews from the developer’s communications head at rodrigue@thunderlotusgames.com

Thunder Lotus is a maker of beautifully powerful video games. A passionate collective of AAA, indie, and mobile expats with over 40 years of combined industry experience and 20+ shipped titles, Thunder Lotus aspires to distill its visionary original IP’s into captivating interactive experiences that the team itself would love to play. Founded in 2014, Thunder Lotus recently entered  its sixth year in the industry with significant momentum and ambition.

Founder Will Dubé and friends brought the hand-drawn action-exploration game Jotun to Kickstarter in July 2014. Jotun and the expanded Jotun: Valhalla Edition  released to wide acclaim on all major systems from 2015 to 2018. Thunder Lotus’ sophomore creation, Sundered was initially released in 2017, and saw the release of the expanded Sundered: Eldritch Edition in 2018.  Thunder Lotus’ third production, the award-winning Spiritfarer, has sold over 1,000,000 copies worldwide and is available now on Xbox Game Pass, Xbox One, PlayStation®4, Nintendo Switch™, Steam, Epic Games Store, GOG, and Stadia.