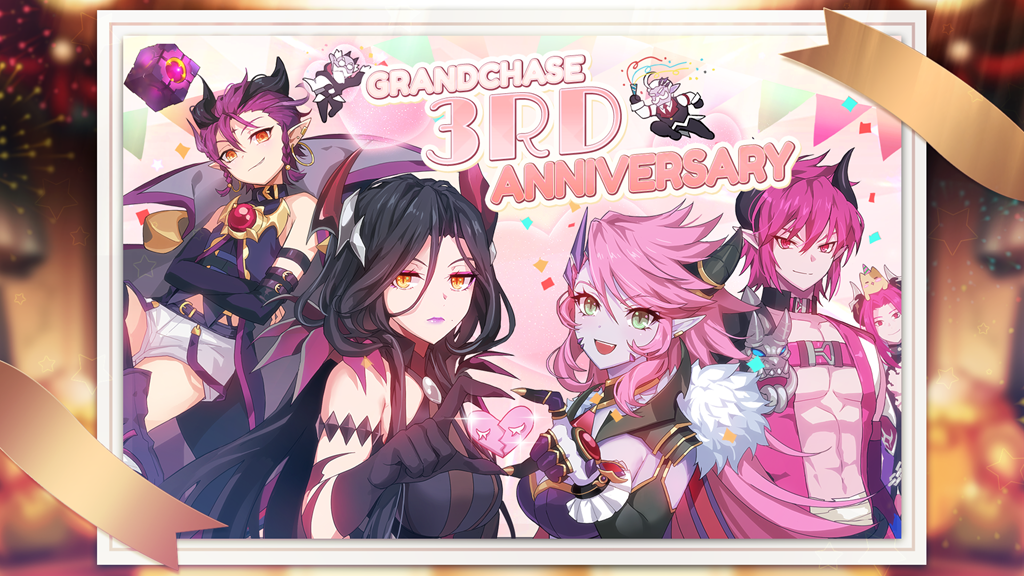 KOG Games, a leading developer and publisher of popular free-to-play Mobile RPG GrandChase, is celebrating the lead-up to the 3rd Anniversary of GrandChase’s Global Launch on November 28th.

Players will be eligible for numerous in-game gifts simply by logging in for the week starting from November 23rd to November 29th as part of the GrandChase Global Launch 3rd Anniversary Login Event. These gifts include generous portions of character upgrade materials for Chaser and Soul Imprint systems. But most importantly, the last 3 days of the login event will feature tickets that allow the player to choose a SR Rank hero of their choice.

Furthermore, for the duration of the week-long event, GrandChase will provide some very special buffs to adventure dungeon rewards to celebrate the 3rd Anniversary. For the entire anniversary week, players will be able to triple the Gold and EXP normally acquired from adventure dungeons. On the eve and the day of the Anniversary, November 27th and November 28th, players will also gain triple the Awakening Cubes normally dropped from dungeons. The call to adventure is more luring now than ever.

Coinciding and overlapping with the aforementioned triple buff event, a special edition of Burning Time will be in effect for the anniversary week. All of the daily non-adventure content including Dimensional Boss, Wizard’s Labyrinth, Defense Mode, Annihilation, and Wanted will reward double the normal daily rewards for the entire week. In addition, Guild Wars and Expedition will double their rewards as well for the anniversary week.

Lastly but not least, when players login on November 28th, the day of the Anniversary, some of the mainstay characters of the GrandChase, including Sieghart, Lass, and Elesis will reminisce on the days adventures past and look forward to the adventures ahead in the Dialogue Event. Once the dialogue is over, players will receive a free, special anniversary profile border to their account.