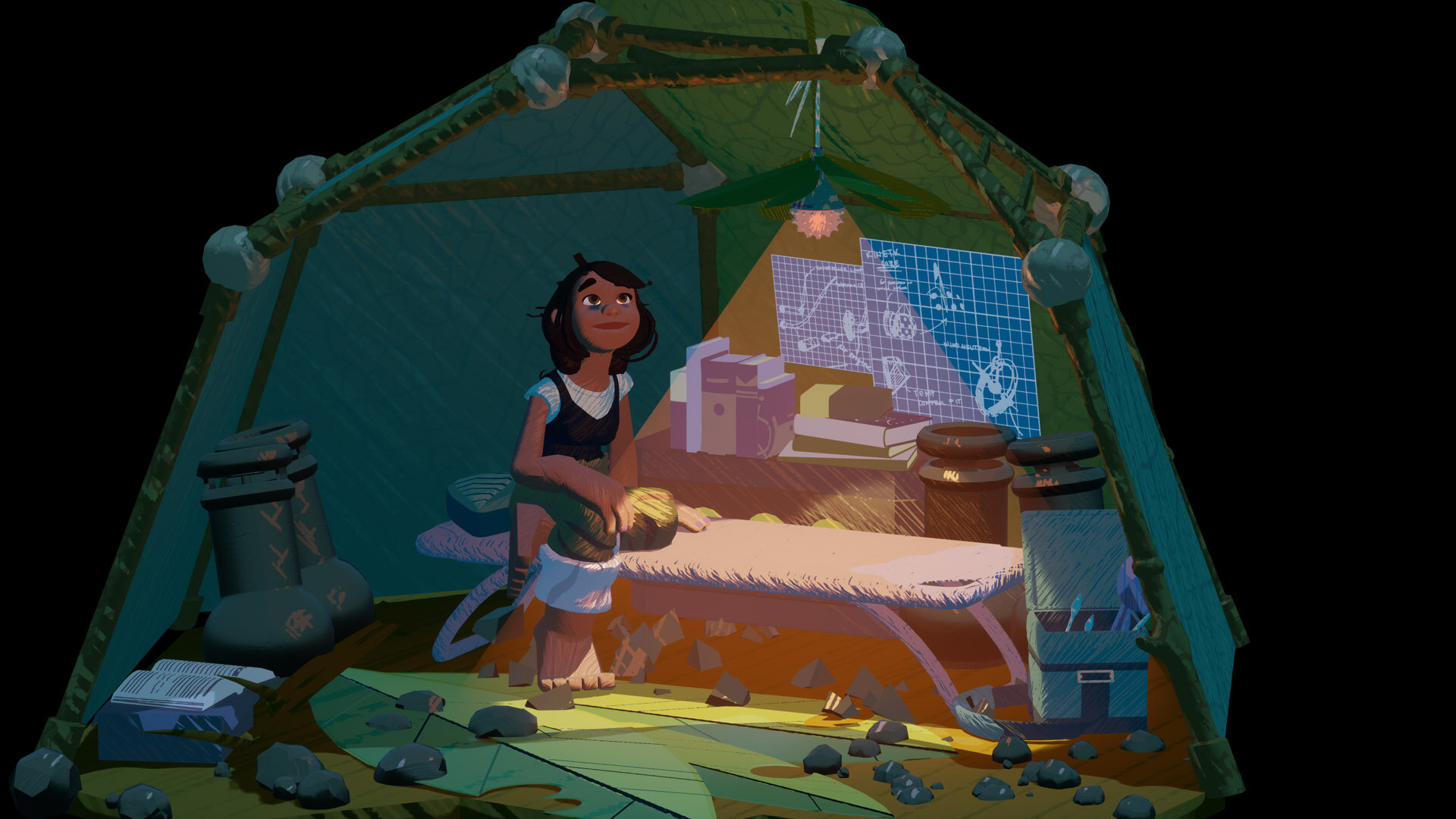 MONTREAL (June 1, 2021) – Stonefly, a chill and tranquil action adventure game from Flight School Studio, the award-winning independent game studio behind the 2019 hit Creature in the Well, and publisher MWM Interactive is now available worldwide. Stonefly takes players on an epic mech adventure through an enchanting forest, and tells the heartwarming coming-of-age story of Annika Stonefly, a brilliant but naïve inventor on a quest to recover a lost family heirloom. Stonefly is available for digital purchase on PlayStation®5, PlayStation®4, Xbox Series X|S, Xbox One, Nintendo Switch and PC via Steam and the Epic Games Store.

To celebrate Stonefly’s launch, Flight School Studio and MWMi have released a new trailer which can be viewed here: https://www.youtube.com/watch?v=ocqj5IzRJYY

Featuring richly handcrafted art inspired by mid-century modern design and nature, Stonefly follows Annika on her quest to recover her dad’s beloved rig after it is taken by a thief in the night. As Annika, players invent and craft abilities for their very own mech, venture into the wilderness and harness the wind to strategically glide among beautiful flora and dangerous fauna on missions to harvest materials. Along the way, players will develop cool tech to upgrade their mech’s abilities, encounter a memorable crew of castaway pilots known as the Acorn Corps, confront hordes of hungry bugs, and help Annika uncover her true potential and embrace her legacy.

“It’s been a really rewarding journey for us to realize the world of Stonefly, and we can’t wait for players to dive into it,” said Bohdon Sayre, Game Director at Flight School Studio. “As a studio, we challenge ourselves to develop unique and interesting experiences, and Stonefly is the culmination of many individual pieces coming together towards that goal. We’ve already had so much support from early players and fans, and we hope everyone else enjoys gliding around the forest and helping Annika on her journey as much as we do.”

“From start to finish, Stonefly is a visually captivating game that features an inspiring narrative, unique gameplay mechanics, intriguing characters and an immersive soundtrack, all wrapped up into this tranquil gaming experience,” said Ethan Stearns, executive vice president of MWM Interactive. “Flight School Studio’s artistic vision really shines through the experiences they craft, and Stonefly is a stunning game that players need to experience.”

Stonefly is developed by a small team at Flight School Studio, led by Bohdon Sayre and Adam Volker.  Their previous releases include Island Time VR, IGF Award nominated Creature in the Well and Daytime Emmy Award® nominated Manifest 99. Based in Dallas and Montreal, Flight School is a studio of artists and technicians, fearlessly exploring the unknown space of film, games, VR, AR, and anything else in the wide and boundless sky.

MWMi is an interactive entertainment publisher, dedicated to bringing players inventive, fun, beautiful, artful and compelling games from independent developers around the world. MWMi’s approach is to empower the creators, let their vision lead and to connect them with their audiences. A division of leading media company Madison Wells, the game company is based in Los Angeles.